skip to main | skip to sidebar

In other words, the wrong way. A lesson that you'd think I would have learned by now: read the directions before starting a project...simply looking at a picture isn't enough. Usually. Okay, I'm going to go ahead and be honest. I'll never learn this lesson. I am like a man in this way. Directions are for losers!

Anyway, I first got the idea to make these crate seats from a post on pinterest. They are seats for kids made out of file crates--you just make a cushion for the top. I saw the picture and thought "those are really cute and would be great for my classroom library, but are they worth making?". Then, my uber crafty friend, Emily, sent me a picture of crate seats she had made and they were absolutely adorable. She said they were super easy to make, so I immediately went out and got the materials to make some of my own. It was an adventure, to say the least.

So, I headed off to my least favorite place in the entire world--Walmart. I truly despise Walmart, but that's a whole other can of worms that we don't need to bring up. At hell Walmart, I picked up file crates, fabric, and a foam mattress pad. Birdie helped. 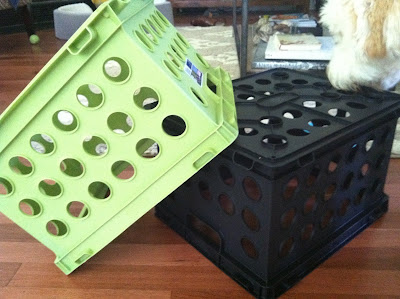 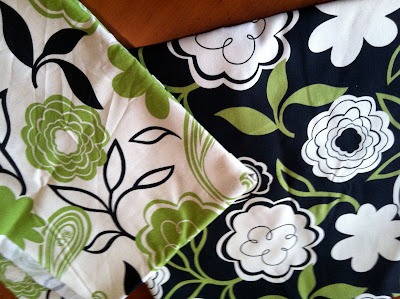 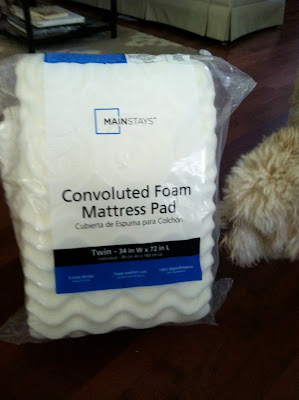 Then, I headed down the road to Lowe's for the plywood and staple gun. I thought I was a smartie and measured the crates while at hell Walmart, but here is where things went downhill. I measured the bottom of the crate. The bottom. Think about this. The point of these lovely seats is not only to provide a comfy place to rest your hiney, but also to use as storage. I was supposed to measure the TOP so that the cushions rest on the top and can be removed to store items inside the chair. DUUHH! Blondie here didn't think that far. So, my plywood cushion bases were cut too big. Which led to more problems down the road.
After having my lovely male Lowe's worker wearing skinny jeans, Sperry "boots", and a tight Michael Jackson-esque jacket (not your typical Lowe's guy), cut my plywood I found another lovely Lowe's worker to point me in the direction of the staple guns and I was on my way.
So here's how it went from there:
Step 1: grabbed my plywood... 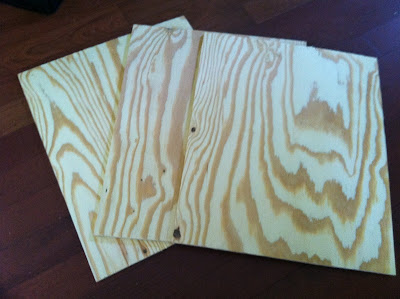 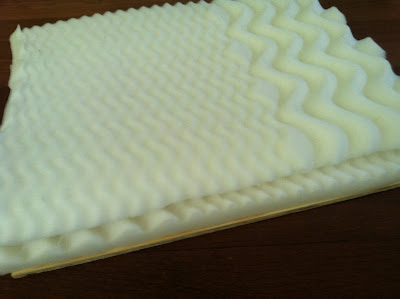 Step 2: cut the fabric to size. This is when I realized the lovely girl at Lowe's gave me the wrong staples. So, instead of heading back to Lowe's to easily fix the problem (Lowe's is literally 5 minutes from my house), I took the lazy route and pulled out my glue gun.
There's nothing a glue gun cannot fix! 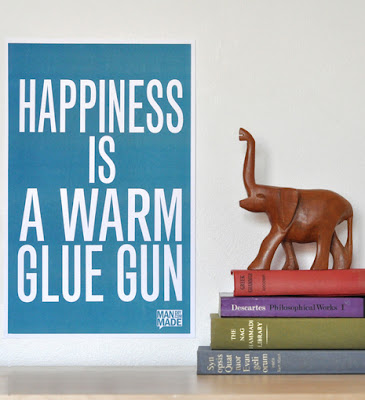 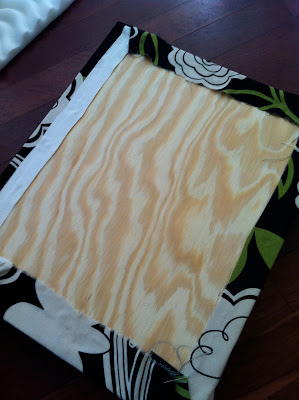 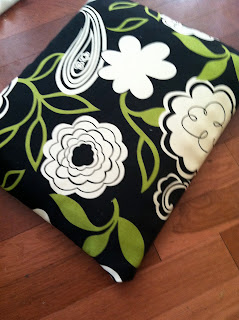 step 4: rest cushion on top of crate for easy removal. Hot glue cushion to bottom of crate.
The finished product. Pretty darn cute, even if they don't completely serve their purpose! 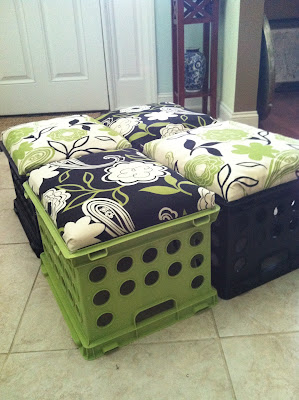 So, if you're a teacher or mom and you decide to make these, I recommend the right way.
Not Caro's Way.
Posted by Caroline at 8/01/2011

Caroline
Charleston, South Carolina, United States
I live in Charleston, SC, but will always be a Summerville girl at heart. Wife to an amazing man, Andy. Momma to a goldendoodle, Birdie. Very lucky to have such a wonderful family who I love with all my heart. My nieces, Lucy and Molly, have my heart. Second grade teacher. Follower of Christ. Gamecock fan till the day I die. Love to cook and try new recipes. Semi-crafty. Music lover.